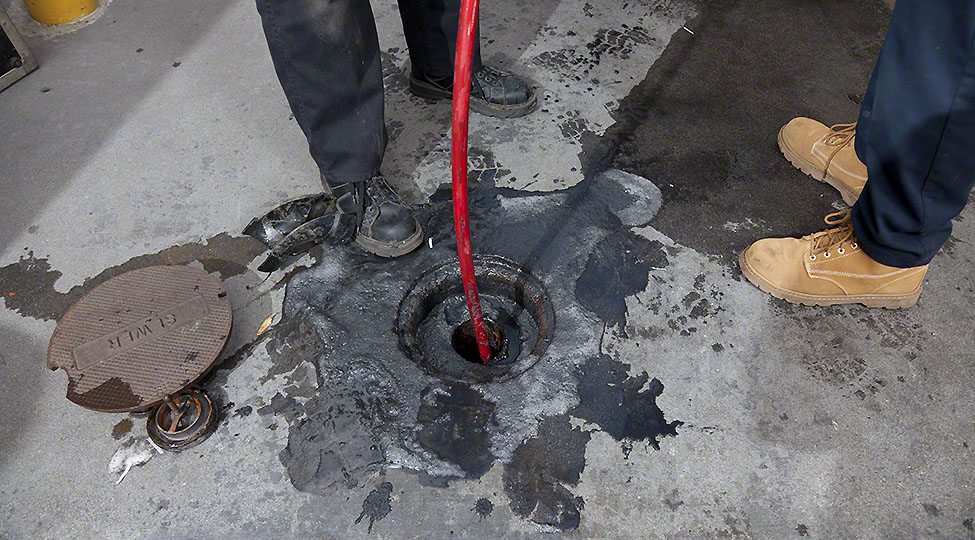 How does a commercial grease trap work?

Commercial Grease Traps are used mainly in commercial kitchens to separate the oils, grease and solids and intercept them before they enter the waste disposal system. This is a very important piece of equipment in a commercial kitchen. The grease and oils that are used in a commercial kitchen are in huge amounts compared to those that are used elsewhere. Generally what happens is when oils and grease are used in smaller amounts elsewhere; they enter the septic tanks or sewage treatment facilities to form a layer of scum. This then reacts naturally with microorganisms and is slowly broken down and digested in an anaerobic digestion process. However when the oils are in larger amounts, like from a commercial kitchen they do not get digested naturally and can cause untreated sewage waste to enter the environment and even cause blockages in the pipe systems. To avoid all of this commercial kitchens have a grease trap. Commercial Grease Traps are used to limit the amounts of fats, oils and grease (FOGs) to enter the waste disposal systems.

Types of Grease Traps & How they Work

Small Point of Use Grease Traps

The second type of grease traps are larger in ground tanks that are also called Grease Interceptors and are used for commercial kitchens that cater to large operations. These are 500 gallons to 2000 gallons tanks that cater to large portions of waste from large commercial kitchens. In grease interceptors what happens is that a large specified quantity of waste is collected into the grease interceptors that are often made of steel, concrete or fiberglass.

Sometimes commercial kitchens use grease recovery devices which remove the surface grease directly when it is trapped.

The above were various forms of commercial grease traps and how each one works to remove grease oils and other fats from the waste before it reaches the waste disposal or sewage systems.