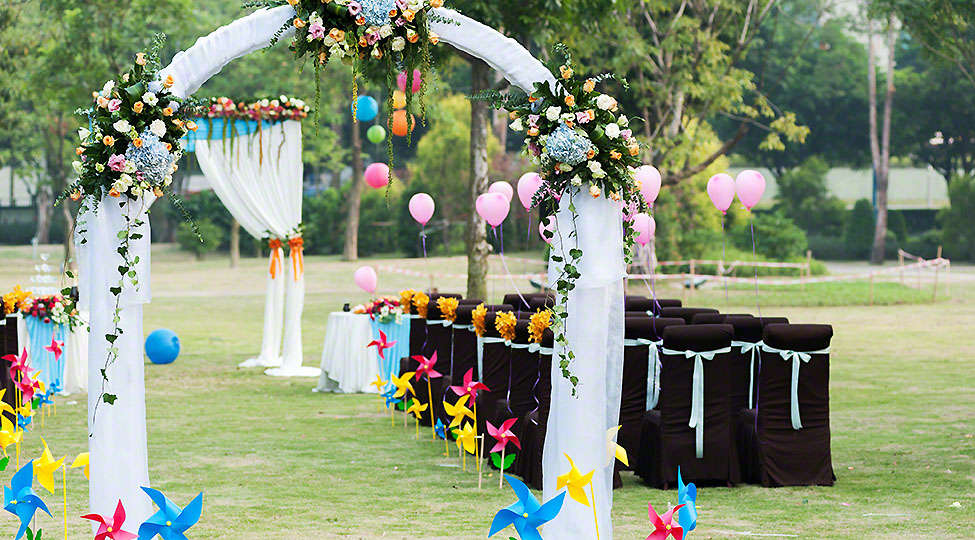 American weddings embody a powerful ambiance with a number of rich traditions enhancing the sanctity and divinity of this beautiful bond shared by two people. So, before you get caught up managing wedding arrangements and wedding party rentals, here is a list of American wedding traditions that enrich this holy ceremony.

Wedding vows are definitely the gist of an American wedding

Wedding vows are one of the most adorable wedding traditions always to be witnessed in American weddings. Do you know that there was a time when every couple used to repeat the same old vows? This tradition has been improvised for the greater good. Now people aren’t obligated to reiterate the traditional vows, instead, they write their own vows which gives the wedding more of a personal touch. To be precise, an American wedding remains unfulfilled without the bride and groom writing and asservating their vows.

Now, this is not a centuries’ old tradition – it was not ingrained in the American culture. Nevertheless, it is an amazing wedding tradition and there’s no harm in felicitating it. Couples these days come together at their wedding ceremony and light a bunch of candles to promise each other eternal love and imperishable unity. More and more people are welcoming this not-so-old tradition into American wedding culture.

Honeymoon is an essential and integral part of the wedding

Not many people in America would know the history to the most romantic part of a wedding. In older times, the groom had to drive his bride to an anonymous place where they could not be found by her family. Nowadays, honeymoon is considered to be more of a nonchalant post-wedding ritual where the couple would not disappear but go to a serene place to spend some time away from the rest of the world.

Couples love to finish their wedding with finesse, hence, they never forget to have a tall cake with multiple layers. There was a time when people considered cake to be a symbol of good fortune. The guests used to rub some of the cake on the bride’s head to wish her fertility. This was their way to wish them luck for their post-wedding endeavors including bearing a child and raising him in the best manner possible.

Wedding bells are not old school stuff, they are still very much in

Wedding bells are accustomed to an American wedding, and they date back to medieval times. You should know that this tradition is originally an Irish tradition which was later embraced by the Americans. These people believed that the wedding bells and the sound they create fend off the evil spirits, and hence, the couple can soak in nuptial bliss without sweating over any potential misfortune.

Throwing the garter is a fun tradition

Throwing the garter into the crowd is also an ancient tradition which basically hails from England, and was also followed by people in France. English traditions have a certain charm that can hardly be described in words – some people find everything about the English culture fascinating.

These days, it is the groom that has to toss the garter into the air and one of his friends gotta catch it, but in earlier times, guests used to hustle and wrangle with each other to reach the garter before anyone else, and it was in fact the bride to toss it into the air.

Having a best man is one really old custom

The story behind this ritual is really strange and silly. Silly in a good way, of course. The groom in former times used to be accompanied by someone with a really intimidating physical stature. This was the groom’s way to let others know he is there to take the bride either by hook or by crook. In case of the bride’s family not willing to happily bid adieu to their daughter, the best man was obliged to help both of them find a safe exit from the wedding. For this very reason, the best man had to have martial skills, and it was only his skills that put him on that pedestal, not his friendship with the groom.

Some of these traditions originated within the United States and some of them have merely been borrowed. Nonetheless, every single custom has a unique history to it. Now keep these wedding traditions in mind when selecting table and chair rentals for wedding MD.